We’re playing at the world famous Rainbow on April 15th — this will be right before we launch on our first full US tour. Come on out and hang with us!

AL1CE – is a multimedia performing arts rock group that fuses dance, surrealist art, video, world music, electronica and rock into a veritable broth of sound and vision. The music began as a collaboration between Gordon Bash, Tash Cox, and Scott Landes, all members of Mankind is Obsolete, who began forging their vision of creating a surreal sound and bringing in their influences of Pink Floyd, Tool, Queen, and new wave and electronic music into a fusion that grew organically during early jam sessions between the three original members. The concept of AL1CE was conceived by the trio on an excursion to Joshua Tree, a desert park dotted by silhouettes of cacti, a rugged terrain, and the foundation from which their imaginations were able to spark and ignite. Their ultimate vision included theatrical elements, and AL1CE began to branch out to collaborate with Sypher Arts Studios, an artist collective that put on the Labyrinth Masquerade Ball, the largest masquerade ball in North America. This collaboration would set the foundation for AL1CE to become the musical part of an immersive show.

The group has traveled the world as part of The Alice Project collective, taking part in music exchange programs in Algeria and Uzbekistan through the US State Department as cultural envoys. They have also performed as one of the main musical acts for Anime Expo since 2015, which has an attendance of over 100,000 anime fans every year. AL1CE is actively touring to support “The Thirteenth Hour” across the United States and is planning a full national US tour for the Spring of 2019, as well as recording, producing and releasing a full length cover album for that Spring tour. 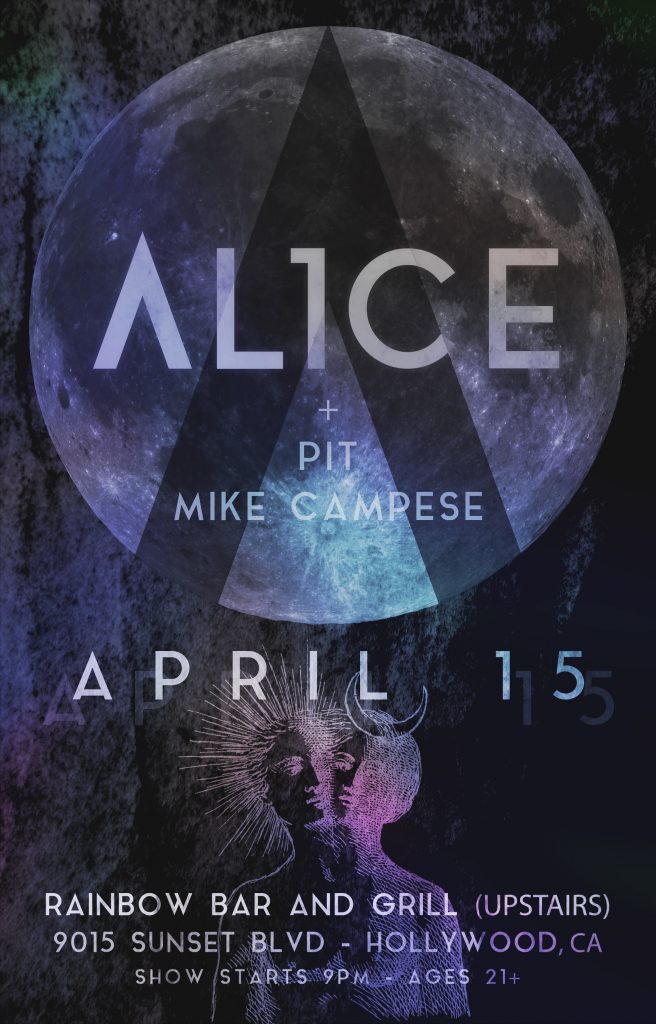