We are so excited to return to North Carolina to bring you new music as part of the ROBOT DREAMS tour 🔥 – We’ll be joined by the amazing Past Tense Of Never and Coloured Clueless at Flat Iron in Greensboro.

AL1CE is a multimedia performing arts rock group that fuses dance, surrealist art, video, world music, electronica and rock into a veritable broth of sound and vision. The music began as a collaboration between Gordon Bash, Tash Cox, and Scott Landes, all members of Mankind is Obsolete, who began forging their vision of creating a surreal sound and bringing in their influences of Pink Floyd, Tool, Queen, and new wave and electronic music into a fusion that grew organically during early jam sessions between the three original members. The concept of AL1CE was conceived by the trio on an excursion to Joshua Tree, a desert park dotted by silhouettes of cacti, a rugged terrain, and the foundation from which their imaginations were able to spark and ignite. 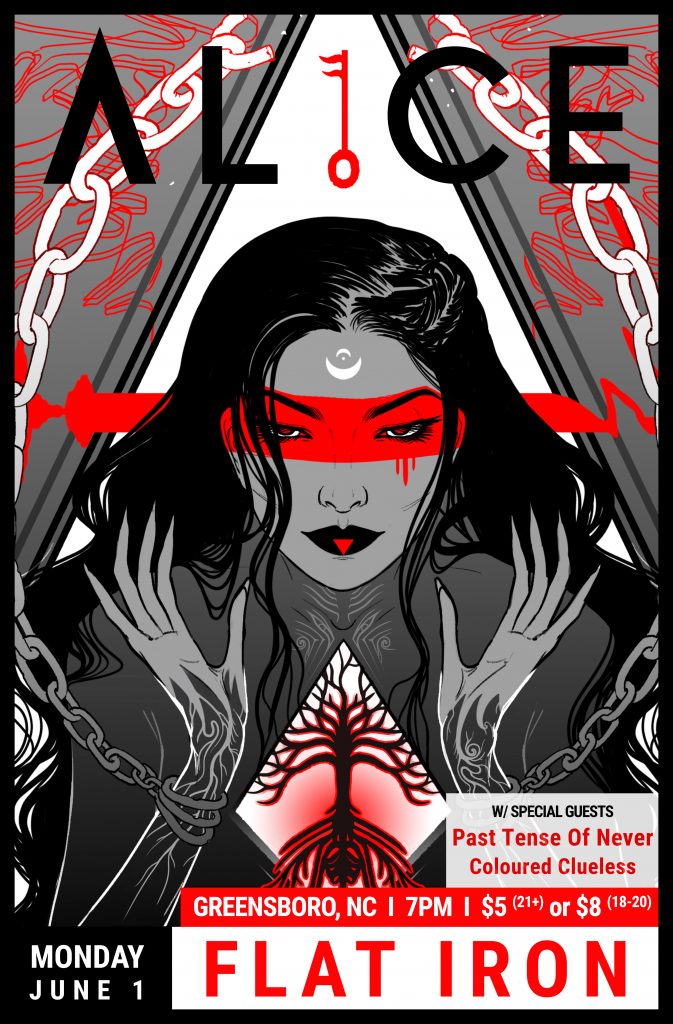