AL1CE, DJ Whisperwish and The Radio Broadcast at Notsuoh in Houston, TX on May 9, 2019.

AL1CE is a surrealist electronic rock group that fuses dance, surrealist art, video, world music, electronica, and rock into a veritable broth of sound and vision. The group began as a collaboration under the umbrella of The Alice Project, between members of Mankind is Obsolete, Collide, I:Parasite, and Android Lust.

“The collective fuses musical influences from the likes of Pink Floyd, Queen, and Tool as well as new wave and electronica to create a sound that may remind some people of The Birthday Massacre and to others of Delerium. The Thirteenth Hour is a truly eclectic collection with songs that veer to the moody and mystical.” ~ Spill Magazine.

DJ Whisperwish
In 2004 DJ Naika Whisperwish originated in the Houston underground club scene DJing at self created residencies such as HaVoK and aTaXia. He got his beginnings DJing Industrial, 80s, Synthpop, Goth and anything darkwave.

The Radio Broadcast
The Radio Broadcast is a Synth based Live Electronic Duo created in 2008 from the Love of Live Music and Electronic Music. The duo has strong musical influences from the sounds and styles of Crystal Castles,INNERPARTYSYSTEM, Royksopp, You Love Her Coz She’s Dead, and many others. TRB has also been influenced by many world renowned DJs and have adapted to the styles and techniques that have come from the DJ culture. 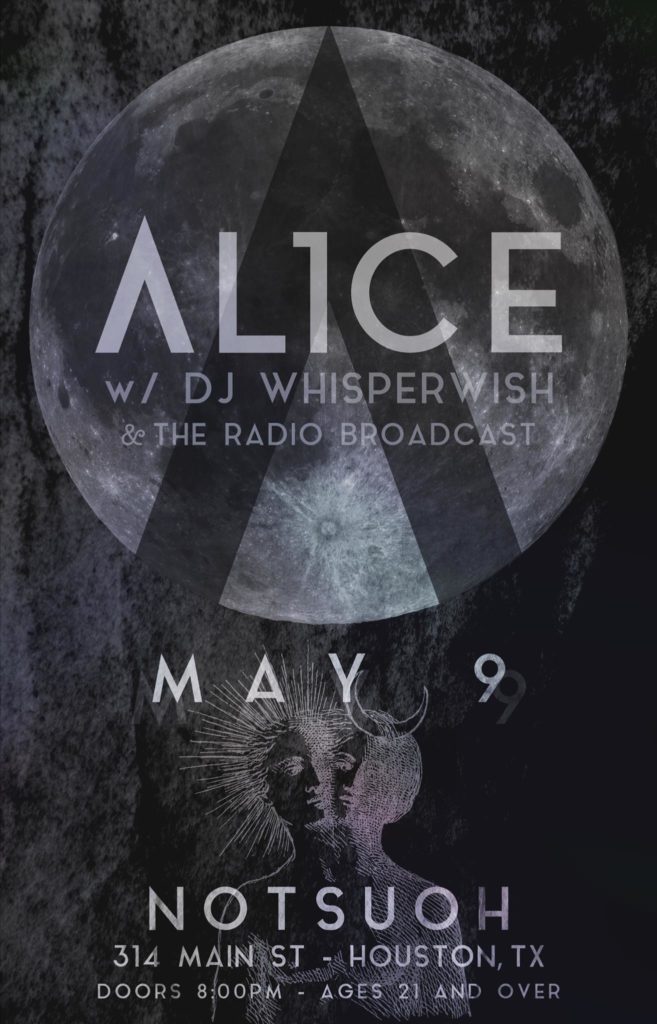